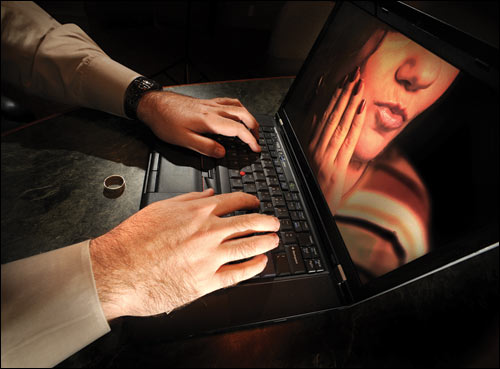 I was interviewed by Jane Pribek for an article in the Wisconsin Law Journal on the topic of Sex Addiction.  I appreciate the Wisconsin Law Journal’s interest in educating lawyers about this complex subject that they are encountering in their legal practices and sharing the perspectives of attorneys who have already faced the problems associated with sexual compulsivity and addiction. Jane asked many good questions and I of course had much to say about sexual addiction…way more than could be published in one article.

Here is the article. You can also read it at the Wisconsin Law Journal website.

Family practitioners increasingly find themselves facing a new issue in custody and divorce cases: an accusation of sexual addiction.

Any addiction can have a devastating effect on one’s life. But sexual addiction can be even worse, said Shari Cohn, a Madison psychotherapist and Certified Sex Addiction Therapist, because it is extremely misunderstood and negatively perceived.

The increase in these cases isn’t surprising to Cohn, who said sexual addiction has always existed. However, the Internet has fueled its rise.

“For people who are vulnerable, the Internet has made it much easier for them to go down that path,” said Cohn.

In fact, more than 70 percent of sex addicts report having problematic online sexual behavior. Those who start in the online behavior may quickly start to act out in new ways, off-line.

“Technology has enabled people to nail down this addiction more easily than they may have in the past,” said Walsh. “I think there will be more cases as technology improves.”

Rather, indirect harm is the most common danger facing children of sexual addicts, said Cohn. It might be from neglect because a parent is online excessively; children may accidentally come across the pornographic websites that a parent visited; or perhaps the addict surrounds him- or herself with people who present a threat to children.

When the prospective divorce client mentions that the soon-to-be-ex has a sexual addiction, proceed with caution.

One of Walsh’s recent files culminated in violence – and while the odds might seem slim, there is potential for great harm.

Listen closely to how the client defines the addiction. Brookfield attorney Karyn Gimbel Youso said when the client describes a spouse who looks at “Hustler”- type magazines or other materials that might exceed the boundaries of normal tastes, there might be a genuine concern.

Ask if the parents can agree about protecting the children regarding the Internet and the presence of pornography in the home, Cohn said. She’s observed that many people who struggle with problematic sexual behaviors describe early exposure to pornography as a significant factor in their compulsive sexual behavior. Internet filters can be helpful, along with parents talking openly to children about these issues.

Northwestern Wisconsin solo practitioner James C.W. Bock has represented a handful of divorcing spouses with alleged sexual addictions over the past two years. For his part, Bock said the majority of those cases settled. GALs were involved in all of them.

As for educating yourself on the law, Bock, who serves on the State Bar of Wisconsin Family Law Section Board and reports on cases for section members, said there’s no on-point case in Wisconsin, or anywhere in the U.S. yet, to the best of his knowledge. There are cases on custody and placement where a parent’s sexual proclivities were at issue, but none of them directly deals with sexual addiction.

The lack of precedent on the topic is understandable, he said. Sexual addiction cases are the kind of cases judges don’t want to hear and decide, nor do parents want to air these concerns in court.

Electronic discovery might be necessary. Bock said in one of his cases, opposing counsel obtained a copy of his client’s hard drive, at his client’s expense.

Cohn said a psychosexual evaluation by a therapist trained in assessing and treating sexual addiction is best. It will likely include obtaining input from significant others in the person’s life, especially if he or she is in denial, but it’s not perfect.

“It’s a difficult diagnosis,” Walsh said, “and some members of the psychological community are very reluctant to make it.”

That might be, in part, because the current version of the Diagnostic and Statistical Manual of Mental Disorders doesn’t list sexual addiction – although, according to Cohn, it has listed it previously.

Among the proposed terms suggested for the next version of the DSM V, to be published in 2013, are Sexual Addiction, Compulsive Sexual Behaviors and Hypersexual Disorder. Theorists who don’t call it an addiction nonetheless list many of the same behaviors that Carnes identified in his research.

Treatment in an inpatient facility, which then continues outpatient, is rarely used because it’s costly and insurance might not cover it, plus patients need to be able to leave their jobs and families for several weeks.

There are hybrid models where patients seek all-day, intensive treatment for one or two weeks, staying in nearby lodging where they’re removed from some of the temptations of their regular environments. It’s also followed up by outpatient treatment.

Medications also might help. Because sexual addiction is frequently accompanied by other addictions as well as depression, anxiety or Obsessive-Compulsive Disorder, anti-depressants and/or other medications prescribed to treat addictions are effective for some.

Making sure the client is doing what they’re supposed to isn’t easy.

“You’d almost rather be dealing with a crack addict,” said Walsh, because random drug testing can objectively ascertain whether someone is abstaining.

A court can require someone to attend therapy or support groups – but even that’s imperfect, Walsh said, because if the addict doesn’t want the help being offered, he or she won’t benefit.

For her part, Cohn said that the majority of her clients come to treatment not because they realize they have a problem, but because their spouses have insisted they get treatment or get divorced. Many clients are resistant at first, but in therapy they recognize the problem and start to engage actively in recovery.

Things to know about sexual addiction

Most sexual addicts were abused as children – sexually, physically, and/or emotionally.

The majority grew up in families where addiction already flourished, including alcoholism, compulsive eating and compulsive gambling.

Most grapple with other addictions as well, but they find sexual addiction the most difficult to stop.

Sexual addicts are led back into a normal, healthy sex life much in the way those suffering from eating disorders must relearn healthy eating     patterns.

Like other types of addicts, some sexual addicts may never be “cured.” Sexual addicts achieve a state of recovery, but maintaining  that recovery can be a lifelong, day-by-day process.

Support for people whose lives have been affected by sexual addicts: